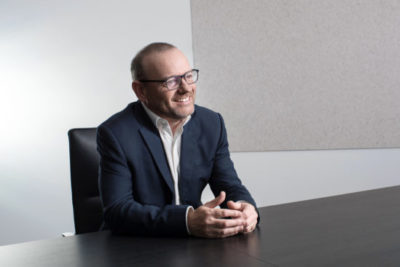 To all our friends, colleagues, customers and clients ,

This is just a short note to confirm that we remain open for business at 3L Alliance. The Covid-19 virus will continue to test us in the weeks to come but at 3L we are ready to face the challenge.

We have provided our staff with the agility to work remotely and we are pleased to see business has continued without interruption. We have kept our office open but naturally we have less visitors so this may change.

We appreciate the efforts of our contractors to continue working during these testing times and we also appreciate the support we have received from our funders.

Our principal concern remains the health and wellbeing of our staff and their immediate families, and we will do everything in our power to maintain this support. We will follow all government guidelines as they relate to operational matters and encourage you all to follow the same advice. From the whole team at 3L stay safe, we will pull through this challenge and emerge stronger, together. 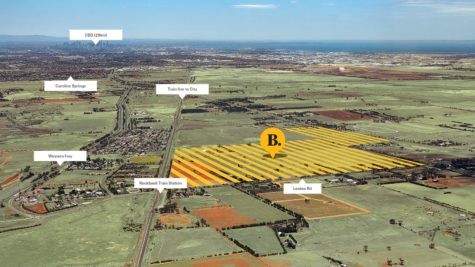 Bridgefield, a 3L real estate development project in the Western suburbs of Melbourne, has shown significant progress in the past few months.

57 stage one lots were settled in October 2019 and construction has commenced on some houses.

Settlement for 54 stage two lots also began on 24 January 2020, and is expected to be completed within 2 weeks.

Settlement for 115 stage three and four lots will begin at the end of February.

Settlement for 197 stage five to seven lots will begin in March and April.

Construction for 241 stage eight to ten lots has begun and is expected to be gradually completed from September to the end of the year.

Sales of the remaining lots are growing month by month. The design of the residents’ club has also begun, and it is expected to be put into use in 2021.

It is worth mentioning that Bridgefield is the most conveniently located project in Rockbank, with only a 600 metre walk to the train station. The newly upgraded Rockbank Station has been reopened and is in use. Rockbank Station was the first station to be upgraded as part of the wider $500 million Ballarat Line Upgrade, to be delivered by the State Government.

There are still a few lots of land for sale in Bridgefield. If you are interested, please contact us for more details: 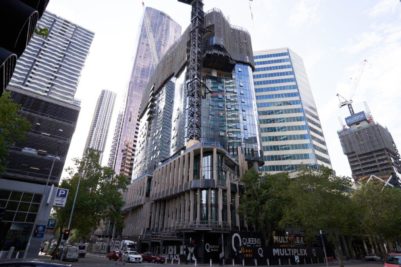 Progress continues at Queens Place with Multiplex working on many fronts:

-Facade panels being installed on the Podium levels and level 18.

-Fit-out works are well underway with walls and services progressing up to level 13 and kitchen joinery commenced on level 7.

There are now approximately 200 people on site each day completing services, structure and finishes works each day. 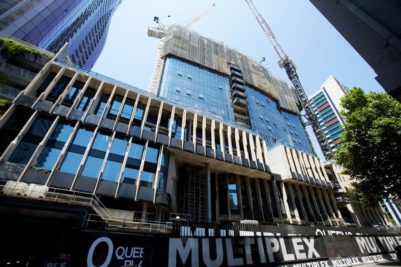 Works continue to progress at Queens Place. Multiplex have finished the:

Other work fronts including the fit-out of the internal apartment services between levels 3 and 12, supermarket services and ground floor retail tenancies.

There are now over 180 people on site each day. Works off site include façade panels, lifts and services equipment. 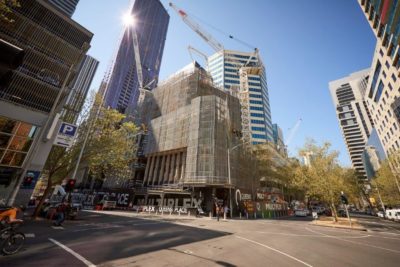 Fast progress continues at Queens Place with Multiplex working on many fronts: 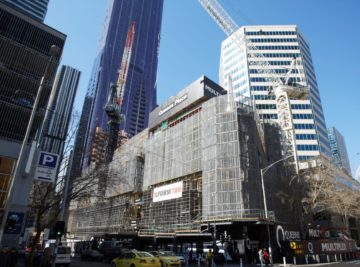 We are now into the typical tower floors and should see the building climbing at a rapid rate. Multiplex are now on level 9 with progress on many work fronts including the supermarket tenancy in the basement and podium façade panels.

The main tower lift core is on level 12 and the eastern core is complete. Ground floor areas are getting ready for facades and services. Works are being completed by over 120 people on site each day.